11 Apr Beehives for a Bee Shower

Posted at 21:35h in Blog, Parties by Kerry Kobe 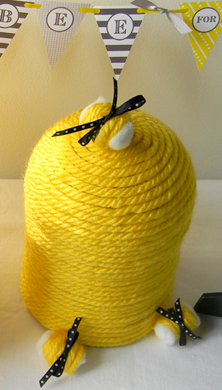 This weekend I am helping out with a surprise Bumblebee Themed Shower.   I’ve been pondering what could be a fun centerpiece.  Something to get the point across… what better than a BEEHIVE?!

For the record, after diving into this theme you can do wonders with it…the ‘Queen Bee’, ‘Thanks for Beeing” here, honey favors,  beeswax candles, etc.  The brainstorming never ends!  I hope to show you the rest of the fun details next week but until then my Beehive Tutorial.

To Start, the Hive.  Most craft stores have styrofoam pieces. I was picturing a dome shape in my head, and found the perfect pieces (in the flower arranging section.)

Two cake layer-like pieces, plus a domed top worked great stacked together. I tested them out a bit in the store, and settled on a making a large hive and a small one.

Glued them together first with Styrofoam glue, no rocket science here…. 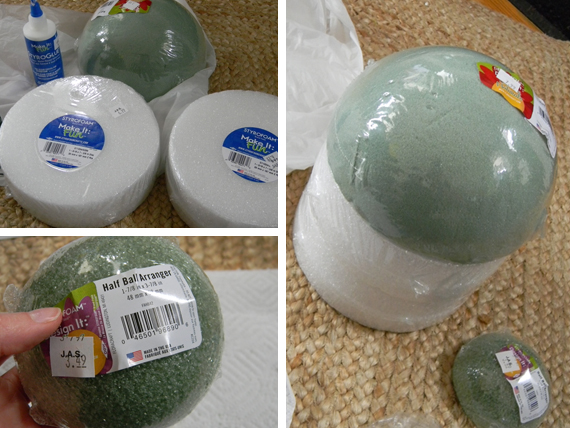 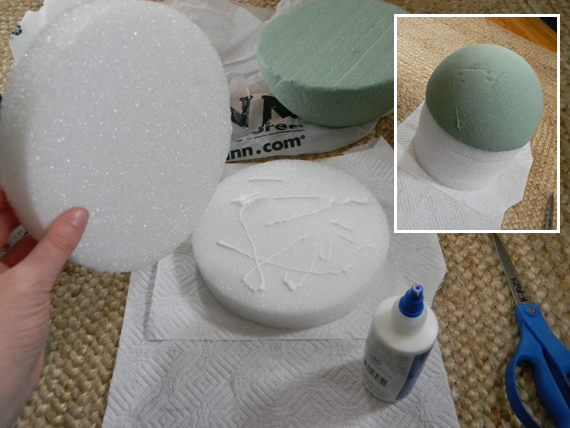 Next I settled on a big fat chunky yellow yarn.  Called “Pittsburgh Yellow” to be exact.   Here’s where you need a little patience. I squirted some glue and pushpin-ed the first strand down.  I tried a few strategies: first squeezing out a bit of glue as I went (that took forever), then squirting a bunch ahead of myself and then wrapping the thread.  Finally the best was just using my fingers (maybe a brush would have worked??) to cover about an inch high around the hive, and then twisting the paper towel that the hive was sitting to spin the yarn around so I didn’t have to move. Much better! 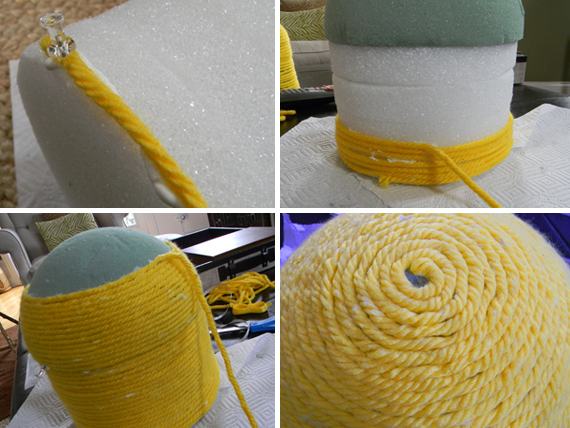 Let the glue dry!   (Don’t be like me, slight mishap when I picked it up and the bottom fell off of the big guy) 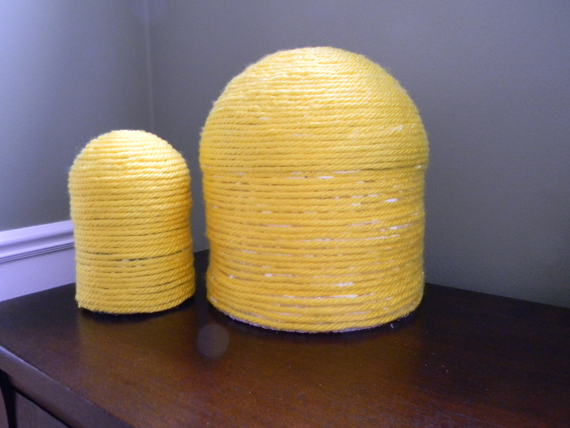 Next onto the bees.  This stumped me. Found darling felt ones online but too expensive per bee and if you wanted to buy a bunch. I kept thinking there had to be a way to make a little abstract one using a peanut? a piece of candy? fabric?  After much tinkering I settled on a couple of COTTON BALLS. I pinched them together and wrapped some of the leftover yellow yarn around it.  Then finished them off with a little black ribbon.  They were so light that just a touch of double stick tape worked perfectly to stick them to the hive. 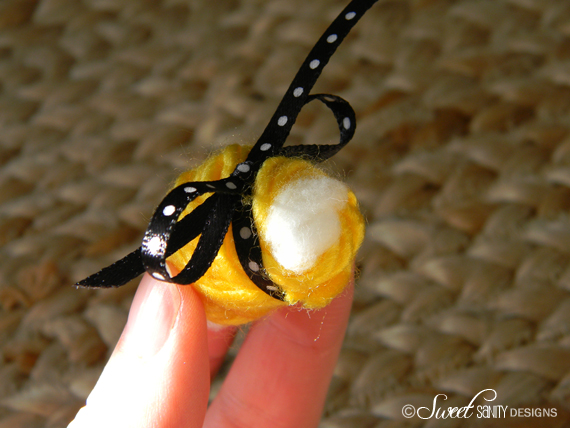 And there you have them! 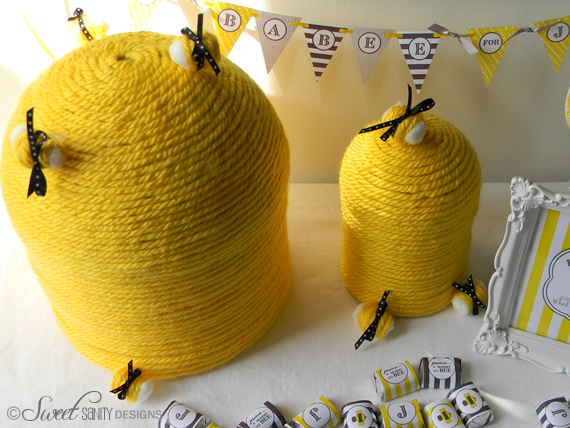 See how the shower turned out here!